Difference between Firewall and Antivirus software

May 20, 2021 Antivirus, Antivirus vs Firewall, Firewall 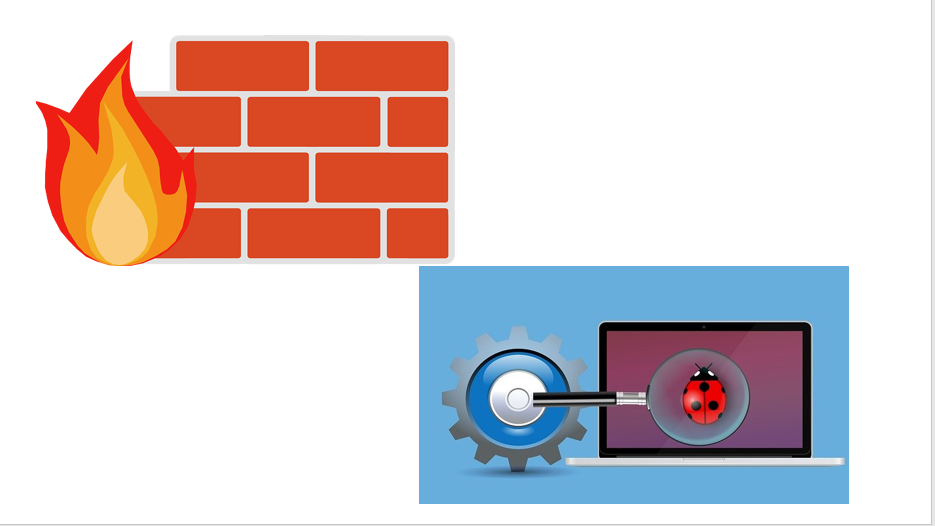 Most of them think that firewall and Antivirus are the same from the process and their functions. But it’s not the same both Antivirus and firewall are part of cybersecurity tools which is present in the system with different purposes and functionalities we will see more in detail,

A firewall is an application that sits on the border of the computer Operating system which allows the internal network traffic upon validating the URLs, Port number, and IP address. i.e. It’s like an army on the border protecting the enemies entering inside the country (Computer system).

The firewall monitors the complete incoming and outgoing traffic and prevents malicious network packets. It doesn’t clean the virus, malware, etc., it only helps in monitoring your computer from external sources to gain access and allow the data flow in.

There are 3 types of firewalls

Anti-virus software that is created to help in detecting, Identification, of the virus, malwares & Trojan that enter the computer system. It also helps in searching and detecting the known malwares and threats from the computer and blocking the suspicious threat behaviour. It’s always a good practice to keep the Antivirus software up to date to detect the latest threats.

Here are few antivirus detection techniques which help the software from protecting the computer from various virus, Trojan and malware attacks.

Difference between Firewall and Antivirus software.

Multi factor authentication and its Vulnerabilities